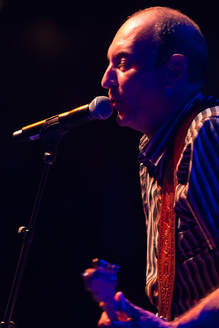 Bill Currier
Born and raised in Delaware, Bill has been a professional musician and songwriter for the past 40 years, first with Delaware favorites The Numbers who released two singles and one five-song EP and received national exposure on USA Cable Network’s “Night Flight”.
​After The Numbers disbanded, Bill was invited to join The Flamin' Caucasians. For the past 20 years, the Caucs have played and continue to play nightclubs, parties (2000 Republican Convention in Philadelphia), TV appearances, ESPN’s “Lighter Side of Sports” and radio shows, WMMR's Morning Zoo and WIP’s “Wing Bowl” nationally.
In 2007, Bill formed his own children’s music company, We kids Rock! dedicated to the idea that the best music for little ones is music that they and their parents can enjoy together. We Kids Rock’s first cd "Everybody Clap Your Hands"  was released in Jan. 2007. Their second "Let The Sun Shine" was released Jan. 2008 and won a NAPPA award for children's audio,the same year. 2009 saw the release of We Kids Rock's 3rd cd "There's A Train..." and a NAPPA Gold and Parent's Choice Award. Bill released a 4th CD in June 2014 "Old MacDonald Family Band".and a 4 song ep "Don't touch The Guitar" in June 2016.
The cds feature catchy originals as well as traditional favorites in the style of early Rock’n’Roll, Rhythm & Blues, Punk, Ska and Country. Guest musicians include Johnny Neel (Allman Brothers,Johnny Neel Band), Skip Dennenberg (“Having a Ball” released and sold by the Philadelphia Phillies), Hank Carter (George Thorogood and the Destroyers) Simon Illa (R&B Producer) and Marc Moss (production credits include David Bromberg, Nik Everett and Cliff Hillis).
Bill released a 5 song ep of his own "adult" songs in July 2017 called "Lost in Liverpool" in 2020  "Hello To The Soldiers" and 2022 "Gone Gone Gone"
Bill attended Tyler School of Art in Philadelphia. After art school he studied and painted with Delaware legend, Ruth Ann Crawford.
Bill has two sons and lives in Delaware County, PA. 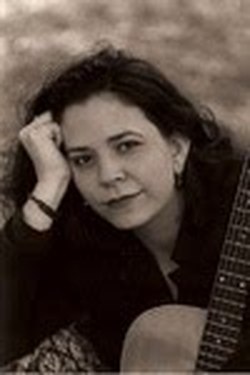 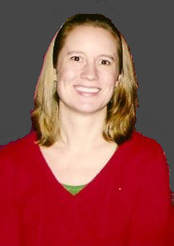 Heather Healy
Heather graduated from the University of Delaware with a
degree in Early Childhood Education and is the mother of three
children. She has been singing, dancing and performing in
musical theater since she was six years old and continues to
perform in local theater productions. She attended We Kids
Rock classes for many years with her own children and is
excited to return as a teacher and work with the two things she
loves most, music and children.